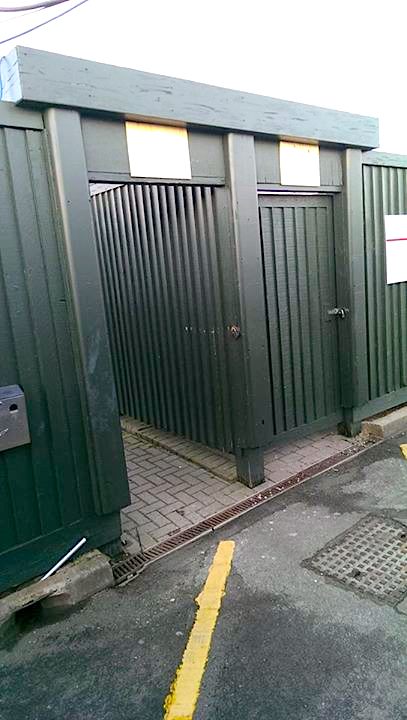 We have seen the toilet henges and the bog roll tube henges, and even one or two that appeared to be made from, well, something a dog left behind. So there is no reason to be squeamish about this one, right? These are the doors of the toilets at the old Stonehenge visitor centre, crafted and painted to give a suggestion of the monument itself.

There is a new visitor centre now, of course, and these have been torn down and carted away (presumably in bits. We doubt anyone would choose to keep them as memorabilia), disappeared forever. So this post is a last gesture of appreciation to whatever unknown person or people decided that a Stonehenge visitor centre needed Stonehenge toilets.

We’re certain there must be a theory out there proposing that Stonehenge must be an ancient toilet, probably for aliens. Every possible theory about Stonehenge eventually gets thought of; not only thought of, but fervently believed in and maniacally evangelised. The toilet theory of Stonehenge seems unlikely, and we don’t expect it to get much play in the media. Still, who knows what the future will bring!

We could have made a lot of bad toilet-related puns in this post, but we have been dancing around in a desperate effort to hold them in. We knew how you would appreciate it.

Our sincerest thanks to the inimitable Tim Daw, and until next time, of course, dear friends, we wish you happy henging!