Congratulations to long(est) time friend of the blog, henger and Hengefinder Simon Burrow, for receiving the Grand Prize in the Clonehenge 2012 End of the World Henge Fest and Contest! We had few entries, but all were excellent, and the decision was not easy. In the end it was this entry’s spirit, closely aligned with the Spirit of Clonehenge, that allowed it to break ahead of the pack. In his blog post describing CitrusHenge, Mr. Burrow writes,

“On a very recently discovered and translated Mayan carving it said something like: ‘build a Stonehenge replica out of citrus and the 2012 apocalypse will be averted.’ So we did and it was. Saved that is.”

We think it’s only fair that the henge that saved the world from apocalypse should win the contest! Of course, it has faults. The inner trilithon does not open toward a three-lintel stretch in the outer circle. And, let’s face it, grapefruits don’t work all that well as lintels. We suggest that if our champion continues to grow citrus fruit, he create some molds shaped like megaliths and have the fruit grow into them. Score: 6½ druids! (And that’s only so we can save face, having “picked” it as champion.)

One more note before we go on to the glorious runners up. In his blog post, Mr. Burrows mentions that someone beat him to the idea of a citrus henge (with this remarkable creation) and goes on to say:

“But I am undeterred in my desire for henging glory. Next I’m going to make the extravagant claim that I have created a record number of Henge-like installations. I’m going for the Guinness Book of World Records.” We wish him well, and we suggest he keep an eye on the Henge Collective, his most obvious rivals for the record. (Do NOT click on that link and look at the top post as of January 15, 2013, by Tom McCarthy. N so very SFW!)

Next, the runners up, but first a philosophical story, because we are, you know, a blog with cosmic and spiritual concerns, innit? So a woman walks into a butcher shop, looks at the pork chops, the filet mignon, the beef heart, the tenderloin, the pork roast, and asks “Which piece of meat is the best?” And the butcher says, “Madam, every piece of meat in this shop is the best!” See? Deep.

Well, as it is with the meat in that shop, and, harder to see, the moments of our lives and people on the planet, so it is with henges! Every entry in the contest was in some way the best. (Yes, that’s where we were going with it! Lame-R-Us.)

The runners up are, a) Sammy Glastonbury’s lava lamp henge, which wins Most Beautiful and Creative; b) Allan Sturm’s large and work-intensive End of the World Dance Party Henge, which wins the Would Win in Any Universe Where Clonehenge Was a Serious Blog Award, and c) Bob Carlson’s Krakenhenge, shown in the previous post, which wins the Might Have Won if Only Bob Had Told Us Whether He Was Submitting It For the Contest Award!

One other henge is worth mentioning in connection with the contest. On Twitter we found a henge that, depending on the actual date of its creation, might have qualified for the contest, an impressive holiday gingerbread henge created by Sort-of kind-of celebrity Greg Jenner. We have seen many of this genre, but this was one of the best:

It is very well done. Take a look at the base it is set on. Did someone take pictures of a lawn and cut them up to use for this? The stone proportions are pretty good, the scattering of single and broke stones is nice, and the center trilithon horseshoe is shown, as is befitting a creation by the esteemed Historical Consultant to the CBBC’s Horrible Histories. Score: 7 druids, sir! Well done. You should have submitted… 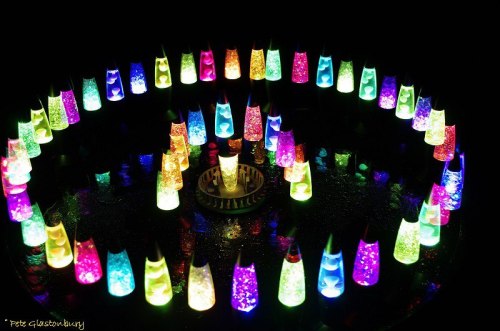 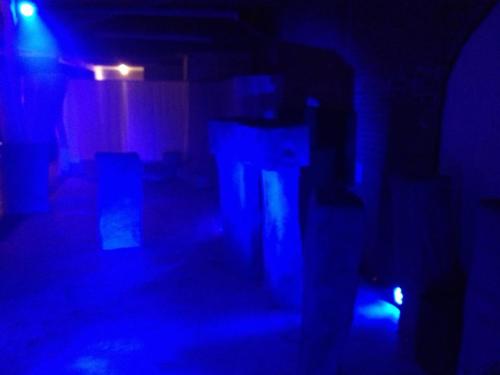 So there it is, folks, the promised permanent page announcing the winners. We are impressed at the quality of entries* and want to thank the entrants for making the world more fun and for adding much-needed henges to our infrastructure. As the ancient prophets said, if people built more henges and argued less, peace would at last spread over the world, and all want and anguish would be abolished forever. Probably a very bad translation, but we’re going with it!

*Okay, yes, we would have liked to see the Iron Man/My Little Pony mashup henge, but who knows what lies ahead?