After a day of holiday family stuff, we finally get to posting the different henge we promised. We sweep almost half way around the world from Antarctica to the Arctic where the nights and not the days are long just now. Let’s talk about a question Clonehenge has been grappling with all along: What makes something a Stonehenge replica?

Is something a Stonehenge replica only if it was meant to be one? Or if people call it one? If it has a trilithon? Or, and this is a type we’ve shied away from so far, if it performs a similar astronomical function, no matter what it looks like? An example of the latter is “Manhattanhenge,” but that one was inadvertent. We’ve found a small genre of structures that do not look like Stonehenge but that were built to do what Stonehenge does, and our post tonight concerns one of those. 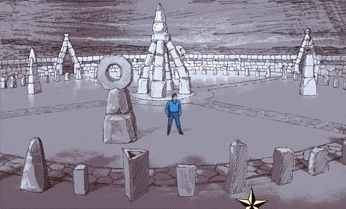 In the far north of Iceland, in an area with a 360 degree open horizon, a unique edifice called the Arctic Henge (see another good page on it here) is being built to mark and catch the sun and other heavenly bodies as they move around the sky. Interweaving science, mythology, geography, and tourism, the project promises to be beautiful, educational, poetic and even transforming, a chance to feel the connection between a point on the surface of our planet and the light-bearing actors in the dramas of the heavens. Will it evoke for moderns what Stonehenge must have evoked for those who visited it at its height?

There are other structures in this genre–a sunwheel at the University of Massachusetts at Amherst comes to mind, a  grouping in a park in Wichita Kansas, and a project called Kepple Henge that we hope to post later on.

They all look different, but they have purpose in common. Are they Stonehenge replicas? Not in the sense we’ve been using for that term until now, but at winter solstice the resemblance comes to the fore. Like Stonehenge they seem to forge a bond between us as entities of the landscape and the dance of the bodies in the dome above us.

The Arctic Henge doesn’t yet exist, so no druids for it. However, as its builders claim to have 68 dwarfs, they are probably okay with that!

See the beautiful picture of the northern lights over Arctic Henge that NASA posted April 30, 2012.

One thought on “The Arctic Henge, Iceland”