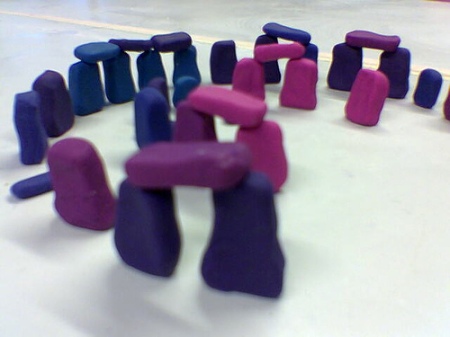 A henge of Plasticine (much like Playdough, for those on the left bank of the Atlantic), made and photographed by Alice Yeah on Flickr. It is part of the Flickr Thinghenge group, which is, for us, a thing of great wonder. We hope to bring you more from there over time.

She says she was inspired by a film (I think we all know what film she means!) to make a little Stonehenge and first tried making it with lolly (popsickle) sticks wrapped with coloured wool, then moved on to plasticine. She likes “the concentric arrangement and the shapes of the stones.” 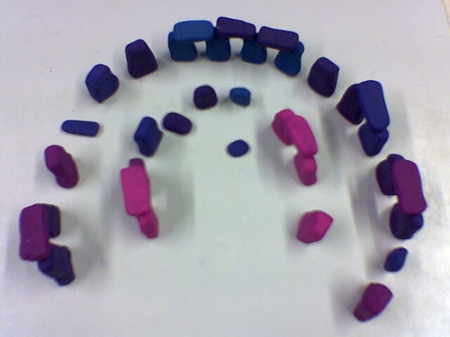 The colo(u)rs here are pleasing, too, and she took care to make it resemble the real Stonehenge with some  flat stones and a limited number of lintels. Nice, too, that we have an aerial view . . . Score: 6 ½ druids. Those stone shapes are good. It’s close to a seven. Thank you, Alicia!